Apple is rolling out Self Repair Service from 2022- So do we repair our iPhone? 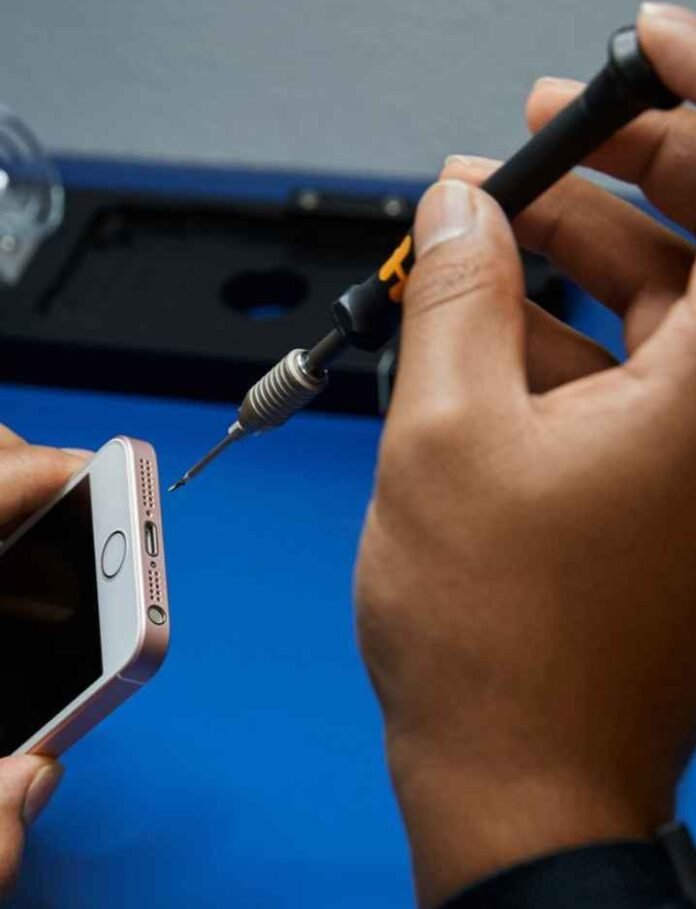 Apple seems ready to go with the self-repair service as the company announces that they are ready to implement it in the US than the rest part of the country from 2022. It is launched for the people who have some knowledge about the extensive parts of Apple products and can repair it too.

For the testing purpose, the users will first get their hands on the Display, Battery, or camera section of the phone. Whereas the other components will come under self-service later. Doing so the Apple customers will be one of the 5000 Apple Service Stores Providers & 2800 Unauthorised Store providers who have got access to the components of the iPhone & other Apple Products.

Is it mandatory for every Apple Customer to use Self Repair Service?

If you are also one of those who are thinking that they only have to repair their iPhone 12 and iPhone 13 from now then it is completely wrong. The company in its official statement clearly mentioned that “Apple genuine parts, tools, and training, and now we’re providing an option for those who wish to complete their own repairs.”

The statement clearly means that it is given as an option for those who wish to repair their iPhones. The company on the other hand will provide support, parts, and tools to help you with it. If you have no idea about any part of Apple product then you can visit your nearest service store and they will fix it for you as before.

Steps taken to ensure the guidance for Self Repair Service

It is not like that in which if anything happens to your iPhone then you have to open it up and buy tools, watch youtube videos on how to fix an iPhone, and get into it. The company has taken all safety measures and here are the things that you will be going to get from Apple when performing self-service repair.

Why the Self Service Repair is introduced?

Apple has not disclosed the exact reason why they are introducing this service but the most popular reason is that most people are not able to visit the Authoritative iPhone repair service center. They just fix out their iPhones from any random repair center.

In the previous three years, Apple has practically doubled the variety of service places with entry to Apple real elements, instruments, and coaching, together with greater than 2,800 Independent Repair Providers.

The quickly increasing Independent Repair Provider program initially launched within the US in 2019 and has since grown to greater than 200 nations, enabling unbiased restore outlets to enter the identical coaching, elements, and instruments as different Apple Service Center.

They do not fix the original iPhone parts which affects the smartphone performance. And the results come out to be that the iPhone credibility decreases with time.

If the customers learn how to fix their iPhones then they will for sure buy genuine parts and tools from the Apple Store for their smartphones, laptops, and iPads. The users will then be able to use their phones for a longer period that will in result increase the credibility of Apple.