An Indian consumer electronic brand Boat has recently launched its Boat Airdopes 402. This TWS is available in three decent color variants of Blue, Black, and white. Airdopes 402 is available for sale on Amazon, Flipkart, and Boat website for INR 1799. Talking about its inbuilt material then it is made up of hard plastic though it is not fragile and can bear any fall or bends. The ergonomic design adds extra glamour to the look and it is also not very heavy or feels bulky in the ears. We have also reviewed its tough competitor Redmi Earbuds S.

Boat Airdopes 402 supports capacitive touch functioning. The touch feature of Airdopes 402 is really appreciable as its touch is very sensitive having its own pros and cons. The pros of having touch are that we can play, pause, connect, disconnect with a single click whereas the cons are that even a little disturbance can unwantedly cancel the calls or pause the music. Boat has gone a step ahead of other TWS manufacturer companies by providing a capacitive touch feature in Airdopes 402 that is hardly seen in any TWS in this range.

The Boat Airdopes 402 is certified with IPX4 which makes it splash and sweatproof. Boat has integrated this TWS with the latest Bluetooth V5.0 which is more efficient and reliable than its previous version and most of today’s TWS now have shifted to Bluetooth5.0 version. It can be accessed with ease under the range of 10m.

Boat Airdopes 402 comes with Micro-USB charging support, user will get a charging wire within the box. The Boat claims that it takes nearly 2 hours to get fully-charged which is quite delaying as nowadays TWS takes hardly an hour to get fully charged. Boat claims that it will give upto four hours of battery backup on a single charge but it depends on the user intention if we use it for listening to music at full volume or attaining calls it hardly sustains for 3 hours. Also, in standby mode it can survive for 180 hours.

We can access voice assistants with just a single click and also play games with very low latency rates. The dual 10mm drivers support a frequency range between 20Hz to 20KHz. The sound quality of Boat Airdopes 402 is quite good with adaptable bass quality. One major cons that should be highlighted is that the TWS is not very comfortable to wear and it has very hard ear tips, you may feel little pain in ears by wearing it for just an hour. 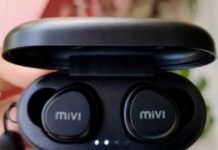