Can Apple Watch Detect Heart Attack? Here is What Studies and Experts Say!!! 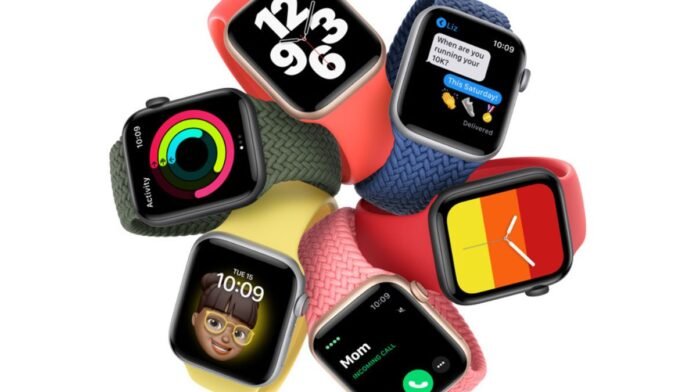 Currently, the Apple Watch is not capable of detecting heart attacks. However, it can detect arrhythmias. If you’re experiencing any of these symptoms, call emergency services immediately. It might not be an AFib, but if you’re not sure what the symptoms are, it’s worth talking to your doctor.

In one recent case, a woman called 911 after her Apple Watch alerted her of an elevated heart rate. She then took herself to the emergency room and discovered that she was having a heart attack. Thankfully, doctors were able to perform an EKG and confirm the symptoms.

According to the company, the Apple Watch can produce a nine-lead electrocardiogram. However, users must perform several maneuvers to obtain a recording. These maneuvers include placing the watch on the chest and touching the watch crown. Another method is to encircle the wrist with the left hand. Further studies are needed before the device can be considered a useful tool for early detection of heart attacks.

There are limitations, however, to the accuracy of the device. The ECG readings can only be recorded in sequence or simultaneously, which is not an easy task for non-medical staff. It may be more reliable if the Apple Watch could take three or four heart-rate readings at the same time. It is important to consider these limitations when developing a criteria for heart attack detection.

Fortunately, the Apple Watch Series 8 has been designed to provide a better heart-monitoring system. However, these features are not available in every country and region. They are also not accessible to those with AFib. Furthermore, you must be over 22 years of age to be able to receive the notifications.

The Apple Watch Series 8 is equipped with an electrical heart sensor and built-in ECG app. These features provide insights about your heart rhythm. This data can also be used by trained medical professionals to identify underlying issues like Atrial fibrillation. However, these tools are not able to detect a heart attack.

While the Apple Watch cannot detect a heart attack, it can detect the symptoms of atrial fibrillation, which raises the risk of stroke. With this information, doctors can make appropriate recommendations for anti-clotting medication. As the fifth leading cause of death in the U.S., strokes are a serious problem. Harvard Medical School experts explain the early warning signs and how early treatment can help save a person’s life.

Using a conventional 12-lead ECG to detect a heart attack

An Apple Watch can detect the presence of a heart attack, albeit with some limitations. It cannot record a 12-lead ECG and only records sequential and not simultaneous readings. This limits its use for heart attack detection, especially if the wearer is a non-medical professional. As a result, a better method would be to use a 3 or 4-lead recording. Those limitations must be taken into account when designing the criteria for detecting a heart attack on an Apple Watch.

The 12-lead ECG is used to diagnose heart attacks, but is difficult to perform without the proper tools and training. The Apple Watch has a positive electrode on its back and a negative electrode on its Digital Crown. It can also measure a single-lead ECG, although it is not a replacement for a professional.

Although the Apple Watch is not a perfect diagnostic tool, it can help physicians detect cardiac arrhythmia and detect a heart attack. It can detect the presence of an irregular heartbeat, but it can’t tell what’s blocking the blood flow. The Apple Watch is also limited in detecting a heart attack. The device’s sensors cannot read more than one lead at a time, and the results of an ECG may be inaccurate.

Although it is not perfect, a 12-lead ECG is still the standard for evaluating a heart attack. However, this test is limited to hospitals and must be interpreted by a qualified physician. This is especially problematic in low and middle-income countries, where access to ECG machines is limited. This makes it necessary for patients with heart conditions to receive regular ECG checks to monitor their medications and treatment.

Using a conventional 12-lead electrocardiogram to detect a heart attack on Apple Watch would be an important step towards saving lives. Apple Watch users could also use the device to record ECG signals in other circumstances, such as during a preoperative evaluation, intraoperative monitoring, and postoperative monitoring.

An AI-enabled algorithm developed by researchers from the University of Edinburgh can diagnose a heart attack in women more quickly than existing methods. The algorithm is based on a large dataset and identifies factors including age and sex, as well as troponin levels, a cardiac biomarker. The algorithm is said to reduce diagnostic errors and help healthcare professionals make better decisions for patients.

The technology is also being used in medical education, where it’s used by medical students, residents and fellows to learn new procedures. The Mayo Clinic also holds artificial intelligence symposiums to bring doctors and scientists together to advance the science and applications of AI in health care.

The algorithm uses artificial intelligence to detect subtle changes in electrocardiograms. It can also recognize heart conditions such as cardiac amyloidosis and hypertrophic cardiomyopathy. The researchers trained the computer by studying hundreds of thousands of similar readings. The results showed that the algorithm was able to correctly diagnose a heart attack and predict future problems.

The research also highlighted the importance of identifying the risk factors in patients with cardiovascular disease. Using AI-enabled algorithms to detect a heart attack may reduce the number of heart attacks. A new algorithm developed at Cedars-Sinai Medical Center in California may help physicians detect heart attacks more efficiently and accurately than current methods.

Using AI-guided ECGs to detect heart failure can also help doctors make accurate diagnoses at the point of care. For example, the Mayo Clinic has a database of 7 million ECGs, which is stripped of identifying information. This data can be used to predict heart failure with high accuracy and low cost. Furthermore, AI-guided ECGs can also be used in wearable technology.

AI-ECGs are becoming more sophisticated. By leveraging deep learning algorithms, these systems are capable of producing a human-like interpretation of 12-lead ECGs. However, these algorithms are still far from being able to detect a heart attack without human interpretation.

The AI-ECG Dashboard, which is integrated into an electronic medical record, allows clinicians to easily access the results of AI-ECG analyses on all ECGs in a patient’s file. Other applications for AI-ECGs are being tested, and are expected to be added to the dashboard in the near future.