Canon R6-II Camera Review- Should You Go for It??? 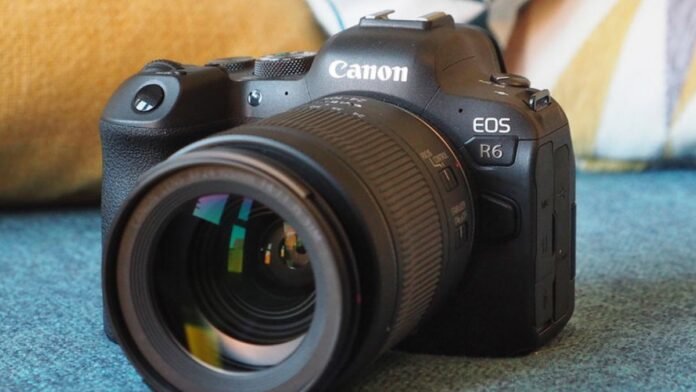 In this Canon R6-II camera review, we’ll cover image quality, the AF system, ISO range, and ease of use. If you’re in the market for a new SLR camera, this may be the one for you. Whether you’re a professional or a weekend warrior, we’ll discuss features and benefits to help you make the right decision.

The Canon R6-II camera delivers excellent image quality even at high ISO settings. It has a 24MP sensor and features a Digic X processing engine. The camera shoots at a maximum speed of 40fps and can capture up to 75 raw files and 190 large Jpeg images. The R6 also features a mechanical shutter.

The Canon R6-II retains the Clear View LCD II with 1,620K dots, and the camera has two SD card slots. Both of these card slots support the fast UHS-II standard. The camera features a large, tilting screen for taking selfies. Both the LCD and EVF can be adjusted independently.

For video recording, the R6-II has a dedicated “Q” button and a rear control dial. These controls are difficult to locate tactilely, and require deliberate press to operate. In addition, the R6 II has two new scene modes: Night Scene and Sports.

The Canon R6 II also includes AI-enhanced AF, which incorporates more machine learning. Its AI system can track people, animals, and vehicles. It also recognizes zebras and horses. The camera is also capable of shooting at 40 frames per second.

Another feature of the R6 II is in-body image stabilization. This system works with EF and RF lenses and is capable of eight stops of stabilization compensation. This helps the user control their images in low light conditions and prevents them from becoming blurry. The R6 II also features a RAW burst mode that records frames continuously and stores them in a buffer.

The Canon R6 II has a variety of impressive photo and video features, including an APS-C crop mode and 4K UHD video recording at 60fps. It can also shoot Full HD video at 180fps. The new camera has the added benefit of False Color exposure aid, which allows you to make exposure adjustments using 6 different colors. Additionally, the camera is capable of recording in Canon Log 3 and HDR via PQ. It also supports focus breathing correction with compatible lenses.

The Canon R6 II incorporates more machine learning into its AF algorithms, and inherits some of the technology of Canon’s flagship camera, the EOS R3. It doesn’t have the eye-controlled AF system, but it does offer additional subject tracking modes, including one that recognizes the head and eye of animals.

While the R6-II is similar to the Canon R3 in appearance, it packs a powerful interior. Its new sensor and processor bring a more advanced autofocus system, which enables you to capture more detail with less noise. The AF system on the Canon R6-II camera also offers faster autofocus speeds.

The AF system on the Canon R6 II camera is surprisingly responsive, even if you are using the camera’s auto mode to capture different types of subjects. It also has a unique feature called pre-shooting, which automatically takes pictures 0.5 seconds before the action starts.

The Canon R6-II is a good choice for those who want a simple, easy to use camera that can capture high-quality photos and videos. While the R6-II has a small, vari-angle touchscreen, the camera also includes a variety of buttons, including a playback and delete button. These buttons are flush with the back of the camera, and they require a deliberate press to activate.

The camera also features many useful features, including a RAW burst mode that allows you to capture up to 40 frames per second. This mode allows you to capture an action-packed moment in just a few seconds. With this option, you can also shoot up to 191 frames in continuous mode. The camera records every shot in a CR3 file, and you can save individual images or videos.

The Canon R6 II offers the same ports and buttons as its predecessor, including a remote jack and Type-D Micro-HDMI port. It also supports dual UHS-II SD card slots. It also uses the same battery pack as the original, the Canon LP-E6NH. If you use a battery pack other than the one provided with your camera, you’ll need to buy a USB Power Adapter PD-E1 accessory.

The Canon R6 II features an AF system that is faster than that of its rivals. The camera also supports a built-in webcam. It also includes a new “Q” menu that emulates the Cinema EOS menu for shooting video. With the help of the camera’s AF system, the R6 II will capture high-quality videos in a matter of seconds.

The R6 II also features a three-way power switch. Unlike its predecessor, this switch is now positioned on the back of the camera, and combines an on/off switch with a control lock. There is also a toggle switch to switch between shooting in the camera’s Photo and Movie modes. The toggle switch is similar to the On/Off switch, so you don’t have to move your hand to use it.

The ISO range of a Canon R6-II camera can vary based on the situation. This camera is capable of shooting RAW images with a high resolution of approximately 1600 x 1200 pixels. A RAW image is a file that contains many tiny pixels. In ISO 100, each pixel is only about 1.2 megabytes. This means that the camera can take a large amount of RAW images in a single shooting session, but it will be relatively compact.

The Canon R6-II camera offers RAW burst shooting with up to 191 images per second. Raw burst mode automatically pre-captures images 0.5 seconds before pressing the shutter button. This allows for fast shooting as the individual images are saved as separate Jpeg, HEIF or raw files. The R6-II camera has the ability to shoot up to 12 frames per second in a mechanical mode, while shooting up to 20 frames per second in electronic mode. The R6-II also supports continuous AF.

The Canon R6-II camera offers good dynamic range compared to competing models. It is capable of over 14 EV at ISO 100, which is competitive with class-leading sensor technology. The R6-II is also competitive with rivals when it comes to high ISO sensitivity. Its native ISO of 6400 is comparable to that of the Nikon Z6 and Lumix DC-S1.