EU May Force Apple for Other App Stores in the iOS Operation System!!! 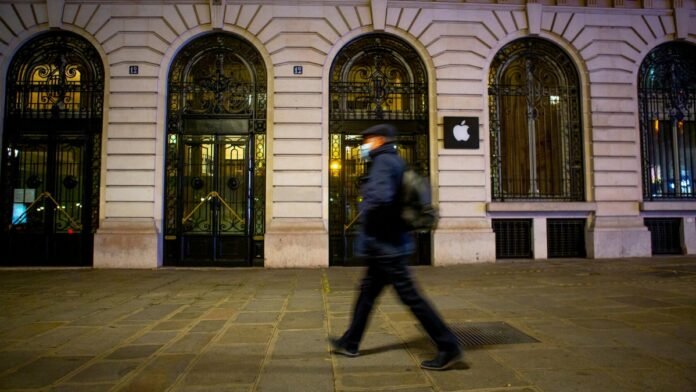 Apple may have to allow other app stores to compete with its iPhone App Store, under a new EU law. The DMA requires platforms to be open and interoperable. However, it does not mandate the company to do so immediately. The EU will set tiers for companies to follow, and it will give them a six-month window to comply. In the meantime, it is unclear what changes Apple might be forced to make, or how this may affect its business.

EU regulators want to restrict the power of tech giants by forcing them to open up their platforms and services. They may even require messaging apps and other apps to interact with one another. The regulations could impact competition, innovation, and security. The UK has formed a committee to discuss the issue.

In other words, the Digital Markets Act could force Apple to allow alternative app stores and payment systems on its platforms. Until now, Apple has refused to allow third-party app stores on its platform. If the Act is passed, users would be able to sideload apps from other websites and use third-party payment systems to pay for them. As a result, Apple may have to give up its exclusive status of the iOS App Store.

Under the DMA, companies that have their own app stores must not favor their own services or apps. Companies will have to disclose what kind of algorithms they use and whether they are transparent enough. The Act will also require social media apps to let outsiders review their data. The EU will roll out the rules in stages, and larger companies will be required to comply by 2024.

Although these regulations are not the strongest on the world stage, they are certainly weaker in the EU. While it is possible to make a strong case in favor of the app store, these regulations would also have a major impact on smaller developers. The EU’s policy is likely to backfire on smaller developers and contribute to the dissolution of the European Union in the future. For the moment, however, Apple is likely to continue to make use of privacy and ad-tracking disruption as a means of monetization.

New EU rules will require tech companies to open up their platforms and allow other app stores to compete with Apple. It would also require ‘gatekeeper’ apps to allow competitors to sideload their apps.

In a recent video describing the purpose of the new act, the EU’s head of competition said that the act will protect users’ rights and make online markets more fair. It also aims to make big tech companies rethink how they share user data and promote their own interests. In addition to this, the act is expected to make other app stores more viable for consumers. The EU’s Digital Markets Act, which will come into force 20 days after it is published, has been widely hailed as a landmark piece of legislation for the digital transformation of Europe.

The DMA aims to make messaging, video calling, and other digital services interoperable. Apple will challenge the decision, and the EU will reveal the final tiers for companies in the spring. Apple will then have six months to comply. If it’s not quick enough, it could be prohibited from providing its own app store or its services with preference. If that happens, Apple could lose out on significant revenue from its digital business.

Apple may also have to make its App Store more competitive, because it won’t be able to compete with Google and Amazon. The EU’s Digital Markets Act requires tech giants to open their platforms to third-party developers. It’s not clear when this will happen, but it’s certainly a step in the right direction.

Apple could be forced to make other app stores more competitive by allowing other developers to sell their apps directly. While the US Court ruled that Apple does not have a dominant position in the sales of smartphones, the EU’s Digital Services Act supports the opposite position.