How Much Does Starlink Internet Cost? Check Availability, Compatibility, & Speed!!! 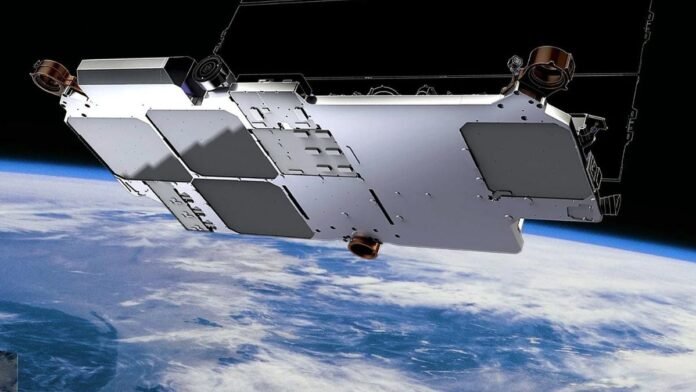 The cost of Starlink Internet service is around $110 per month. This includes the $600 equipment fee and service is available in the 48 contiguous U.S. states. SpaceX plans to create portable systems for RVs, cars, and boats. As with any internet service, there are some things to keep in mind before you sign up for one.

Starlink is a new satellite Internet provider backed by Elon Musk. The company aims to offer high-speed internet service in remote areas at affordable prices. Their plans include unlimited data, and download speeds are much faster than other satellite services. While they are not available everywhere yet, they plan to expand their coverage to cover the rest of the continental U.S. by 2023.

Users can cancel the service anytime. They will receive a prorated refund for the amount paid for equipment. The price of the equipment is refundable if a customer cancels within 30 days of receiving it. In addition, Starlink offers a 30-day money-back guarantee. Just make sure that you return the equipment in good condition and in its original packaging.

Starlink has several plans to suit different needs. The basic plan costs $110 a month and includes a $599 equipment fee. The price is the same in all countries, but taxes and shipping costs can vary. For those who need to travel frequently, Starlink has added a service called Starlink RV. The service costs an additional $25 per month, but it allows users to pause their internet while traveling and resume it when they reach their new location.

Starlink currently has around 250,000 subscribers worldwide. However, the company is still facing a massive backlog of demand from those interested in signing up. Depending on your location, you can expect to wait for a year or more. If you are planning to purchase this service, you should know the costs beforehand.

While there are some disadvantages to using Starlink Internet, it’s definitely worth trying if you live in a remote area without a local internet service provider. The company promises unlimited data and no data caps. These features are unheard of in the rural internet world. However, despite being affordable, the service still lacks some important features, such as a high availability.

Starlink internet is available in the contiguous 48 states, and is rapidly expanding to other regions. It’s not available everywhere yet, but is expected to be available nationwide by 2022. Its satellite dish is water-resistant, which means that it will operate even in snow and ice. As long as you have a clear sky, you’ll be able to get unlimited data and one of the fastest speeds available in rural internet.

Starlink customers recently received an email announcing a price increase. The kit will cost $599 from $499 and a monthly service fee of $99 will rise to $110. The email states the increase is due to rising inflation. However, the company offers a refund for the first year or first month, whichever is sooner.

Starlink’s satellite internet service is the fastest satellite internet service. It uses a fleet of low-orbit satellites to beam web data down to Earth. This provides customers with faster speeds, more data, and less latency than other forms of internet. Starlink offers a business plan with download speeds between 150Mbps and 500Mbps. However, this service is not available for all businesses. The company has not yet launched a mobile service, so customers must have their own landline or phone line.

While Starlink’s Internet Equipment fee is a steep price to pay for a satellite internet connection, the benefits far outweigh the cost. The company is offering unlimited data, and download speeds are significantly faster than other satellite internet providers. Although Starlink is not yet available everywhere, the company plans to expand service coverage throughout the continental U.S. by 2023.

The company also offers a premium service, which costs $2,500 for the equipment and $500 for monthly internet. However, it did not respond to requests for comment on pricing, so we are unable to estimate if it will be profitable for Starlink. However, we know that the company donated a significant sum to Ukraine to help alleviate the situation in the country. The United States government paid for a large amount of the equipment used by Starlink in Ukraine, and USAID covered the cost of transportation.

Starlink has a backlog of over 750,000 users worldwide. Although the company has announced a “Best Effort” tier for select pre-order customers, this does not include a price cut. In addition, many users have experienced congestion issues, which can slow down download speeds.

The company also offers a service for RVs, which is geared towards travelers. While the equipment is similar to residential internet equipment, the equipment fee is higher at $599. In addition, the service is much faster and offers more antenna capacity. The cost is higher than Starlink Business, but Starlink Business is much more affordable. The monthly fee for the residential package is $110, while Starlink RV costs $135. Additionally, there is a one-time equipment fee of $599.

Service is available in 48 contiguous states

Starlink offers Internet service in the 48 contiguous states. Its average download speed is 62 Mbps, which is plenty for a couple of people to stream videos and play games. But this speed has decreased from ninety-nine Mbps a year ago, as more people subscribe to the service. This trend may reflect the company’s rapidly increasing customer base. Regardless of the reasons for the decrease, it’s obvious that the company’s growing customer base is affecting its performance.

The downside of Starlink is the limited availability. The company doesn’t have a nationwide service, and some areas aren’t even covered by their coverage map. This is a huge limitation for a company whose mission is to provide better Internet options in underserved areas.

The company has been partnering with SpaceX to get its satellites into orbit, allowing it to bring the internet to even more locations faster. The company currently has over 2,300 functioning Starlink satellites in orbit, and has more than 500,000 active subscribers. In addition to the internet service, it also has a terminal, which costs $499.

Starlink’s service is currently available in the 48 contiguous US states, as well as Canada. It is also available in parts of Europe, including Belgium, Austria, Denmark, and France. There are also plans to expand into other countries in the future. The company plans to continue to launch satellites to expand its coverage area.

While the new Starlink satellite internet service will allow for Internet service in the car, there’s another problem: the dish will use a significant amount of power. When it’s running, Starlink requires at least 100 watts of power, which is not ideal for boondockers. Moreover, if a boondocker wants to use the service ten hours a day, he will need to purchase 100 watts of power on a daily basis. However, the new software is expected to decrease power consumption.

In addition to deploying a fleet of 4,396 Starlink satellites by early 2022, the company plans to deploy 7,518 Phase 2 satellites and 30,000 new next-generation satellites after 2022. This massive constellation will provide fast, low-latency internet to anywhere in the world. As a result, Starlink is an incredible boon for people who travel frequently and live far away from cellular coverage.

Starlink is the most prominent mobile internet option available today. Developed by SpaceX over the past decade, this technology uses a combination of liquid oxygen and methane to power the vehicle. The combination of these two gases is known as methalox, and works to provide a powerful, yet clean alternative to petroleum-based fuel.

The Starlink kit comes with a satellite dish, a router, and connectivity cables. While Starlink’s residential service can have long wait times, the RV version is a much more convenient and affordable solution for the average camper or RVer. Furthermore, the service is available to cancel at any time, which is great for people who travel a lot or only need satellite internet for a short period of time.

The RV system will be available for $135 per month. It’s not available everywhere yet, but it should be available to most RVers by year’s end. The system’s price is similar to the residential add-on portability feature, which costs $110 a month.

After successfully deploying a prototype system for campers, SpaceX has now sought FCC authorization to expand its service beyond stationary customers. In addition to mobile devices, the company has been developing portable systems for RVs, cars, and boats. It also plans to deploy these systems for use in aircraft and other vessels.

Share
Facebook
Twitter
Pinterest
WhatsApp
Previous article
What is NFC? For What It Stands for, Its Usage, Full Form, NFC Tag Reader!!!
Next article
How to Increase Internet Speed in Windows 11- Mind-Blowing Ways That Will Shock You