Are you fed up with your character name and appearance in Pubg and wanted to know how to change name in PUBG? then this blog post is for you. There are many ways out there that are proven and can easily be implemented for changing name and appearance.

PUBG is one of the most popular games available till now. It is officially owned by PubG Corporation which is a subsidiary of Bluehole, a South Korean Gaming Company. The game was inspired by the Japanese Film Battle Royale that was released past in year 2000.

Even though PubG is banned in India but still millions of people are using it either by bypassing Indian IP proxy or using VPN apps. The most notable reason for such a large fan base of PubG is its outstanding graphics and user experience that give us a real-world feel while playing the game.

There are a lot of other games that also stepped into the market and have gained remarkable growth in their user base some of them are Freefire, COD, etc. They are somehow performing great but none of them can compete with PUBG in the area of high-quality graphics and user interaction.

PubG also provides a lot of customizations to its users in every aspect. You can eventually change the name, characters, appearances in PUBG with great ease. There are strong rumours that we are going to see PubG Mobile in India again. If everything goes well then the time is not too far that we will be playing the game again.

ALSO READ: How to Send PDF in Whatsapp, 5 Ultimate Ways

How to Change Name in PUBG?

Changing name in PubG is Super easy and we will teach you both Free and Paid Methods for Changing Names. Here are methods

Method 1: How to Change Name in PubG, If You Have Rename Cards

1) Open your PubG Mobile app and go to the Main Menu of the Homepage.

2) After Tapping the Main Menu, Select the Inventory Option which is present at the bottom of the screen. 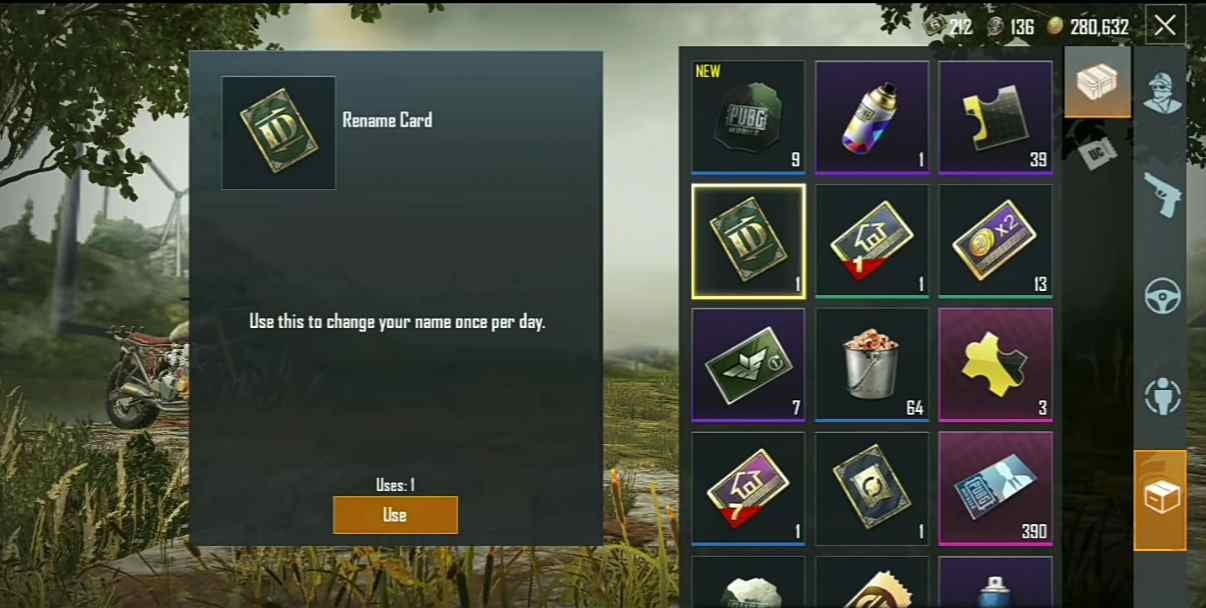 3) Done it! Now Click the Crate icon that is present on the right-hand side.

4) Now it’s time to use your rename card. Go to the Rename Card option and Tap Use.

5) Enter the Name that you wish to give your character and press OK. Also, Please Note that use the Rename Card carefully as you can use them only once a day.

Method 2: Free Method to Change Name in PubG, If you do not have Rename Cards

Here is another method for you if you want to change your name but do not want to spend any money on it.

1) For getting free rename cards you have to complete upto Level 10 in PubG.

2) After you have reached and completed Level 10, you will receive Mission Reward from PubG. There are lots of benefit of Mission Reward in PubG and is one of the most adorable rewards is with which you can change your Name as well as Appearance.

3) After collecting the Mission Rewards, Use it for changing your name following the process mentioned above.

Method 3: How to Change Name in PubG, Paid Method

If you are really concerned about your character’s name in PubG and ready to spend some pennies for changing your name then this process is for you.

1) Open your PubG Mobile App, and Go to the Game Store of the app.

2) In the Game Store, Search for the Rename Cards that will cost you around 180 UC. Now many people will think what is UC then for your clarification UC is the Soft Gaming coins that are used in PubG.

3) The 180 UC coins will cost around $ 5 or Rs 249 in Indian Rupees. Click on the Rename cards and purchase it via Bank Credit Card, Debit Card, or ways you feel suitable to.

4) The Rename Cards will be redeemed to your PubG account and now follow the Method 1 procedures to change your name in PubG.

ALSO READ: How to Check Vodafone Balance- Here are the 5 Proven Ways

How to Change Appearance in PubG?

Are you fed up with your characters too? Then here is a step by step tutorial on how to change your appearance in Pubg.

Change Your Appearance, If you have BP (Battle Points) Coins

1) Open your PubG Mobile App and Click on the smartphone or computer.

2) Go to the Main Menu and Tap on the Inventory Option present at the Bottom.

3) After that Your Character will appear on the screen and you have to click on the “Reset Appearance” option.

4) Modify Your Appearance settings and after the final edit click on the OK button.

5) Now its time for Payment, Click on the Purchase buttons and Pay 3,000 Battle Points in order to make your appearance visible to other users on PubG.

If you don’t have the required BP points then you first need to collect the required amount of BP in order to modify your appearance. Here we will suggest to you the best ways to collect BP (Battle Points) quickly and easily. 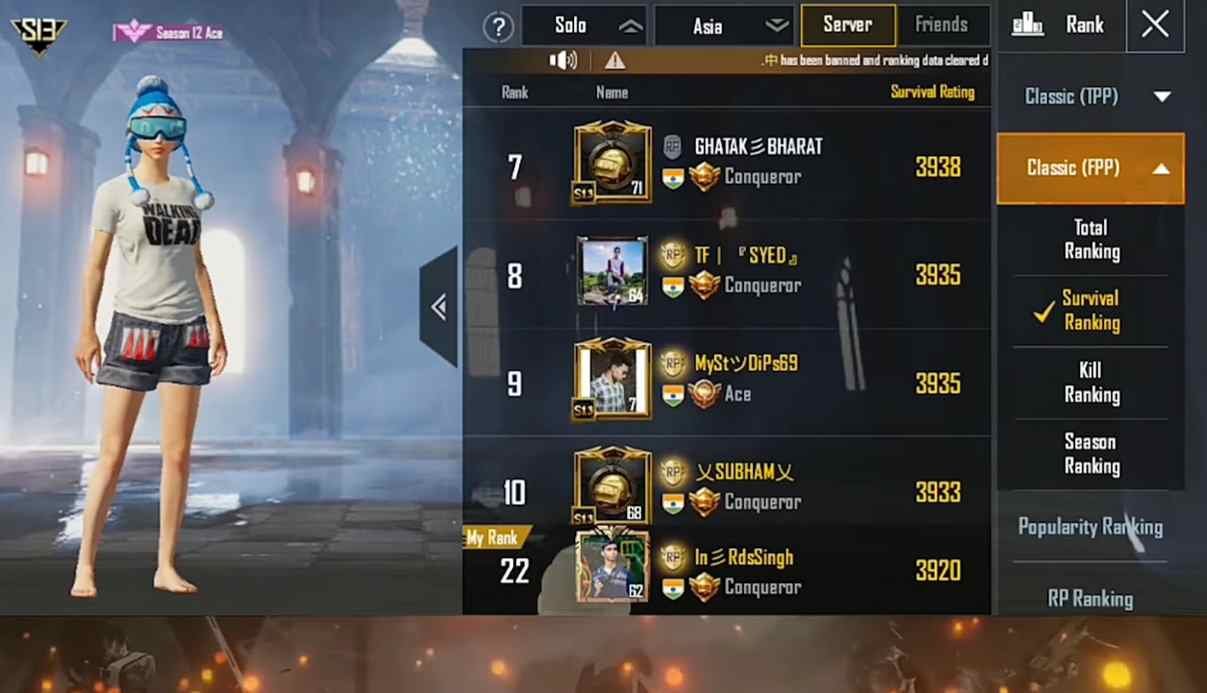 The biggest and easiest way to earn BP in PubG is by Facebook. PubG will give you around 2000 BPs for just linking your Facebook account to the app. If you have done that then you have almost completed the way to change your appearance.

Earn about 188 BP by answering the Survey in the Mailbox

For earning the above Battle Points you should register your e-mail id on PubG mobile so that they can send you emails.

This method is a little difficult but can be a gamechanger in earning BPs. If you are one of the hardcore PubG player then you can execute the tasks easily. All you need is to complete the daily and weekly tasks that will help you to unlocks Crates. The crates further will help you for Battle Points.

The only thing you should remember is that you have always to be in the Top 10 of the Game. Sometimes, you can earn enough Crates so that you can easily unlock Battle Points in a day.