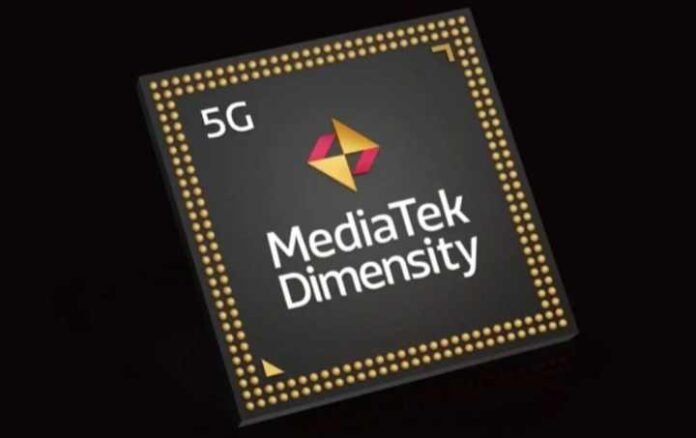 With a 40% share, MediaTek is positioned to continue leading the Chipset Market. While Qualcomm, Samsung, and Apple have seen their market share decline over the past few years, the Chinese chipmaker has been focusing on the Western markets and targeting Qualcomm and other top chipmakers.

Despite these challenges, MediaTek has a strong roadmap to succeed. Here’s how they expect to grow in the coming years:

The Taiwanese chipmaker MediaTek has surpassed Qualcomm in the Chipset Market Share in 2020 and is positioned to remain the leader in 2021.

According to Counterpoint Research, MediaTek gained a 40% global smartphone SoC market share during Q3, 2021, overtaking Qualcomm, which had a 27% share at the same time.

However, Qualcomm’s chip shipments have declined due to supply-side constraints and yield issues. Meanwhile, Apple is still occupying the third spot, with a 15% market share owing to consistent iPhone 12 series demand.

According to the CINNO report, MediaTek is set to surpass Qualcomm in the fourth quarter of this year and also next-year later. In December 2021, more than 100 million smartphones will be powered by MediaTek chips, and it is expected to reach a market share of over 50% in the upcoming years.

In Q3 2021, MediaTek surpassed Qualcomm in the Chipset Market Share by 13% percentage points, compared with 5% a year earlier.

The chipmaker’s growth is largely attributed to the presence of its SoCs in 5G smartphones. Its success has been credited to the fact that it has a presence in the 5G smartphone market as well as in the 4G/LTE space.

Its stock trades under the TWSE 2454 symbol. These numbers are a sign that MediaTek is poised to dominate the Chipset Market in Q3 2021.

Despite the recent struggles of these companies, they will continue to grow as the market grows. So, in the meantime, they’ll continue to dominate the Chipset Market Share in Q3 2021. Its SoCs will be the driving force behind the growth in the chip market.

Qualcomm’s dominance in the smartphone chipset market has increased, but the company is still far behind MediaTek. In the third quarter of last year, Qualcomm led the chip market. In contrast, MediaTek’s lead in the 4G/LTE market increased to six percentage points.

This is a result of MediaTek’s emergence in the 5G smartphone market. As the market develops for 5G, the chipmakers will need to develop their own SoCs, but the two companies have a long way to go.

According to a recent Counterpoint Research report, Mediatek and Qualcomm are the leading smartphone chip vendors in Q3 2021. But Unisoc also saw a dramatic increase in its market share, with a 10 percent share in Q3 2021.

HiSilicon, meanwhile, is in the last quarter of its lifecycle and will lose market share in the next quarter.

The chip market is booming, and it’s no surprise that MediaTek leapfrogged Qualcomm in the third quarter of 2021. The company also had strong growth in Latin America and India, and it plans to dominate the Chipset Market in Q3 2021.

MediTek top the Chipset Market Share in Q3 2021- Wrap Up

In the meantime, it’s set to become the largest smartphone chipset vendor in the world by the end of the decade. Its stock trades under the TWSE 2454 exchange.

In Q3 2020, MediaTek will become the biggest smartphone chipmaker. The company was the third-largest fabless IC designer in Q3 of last year. The company has 25 offices worldwide.

The chipmaker is targeting the low-mid price segment and is expected to be the largest smartphone chipset vendor by Q3 2021. It is also expected to dominate the 5G smartphone market by the end of 2021.