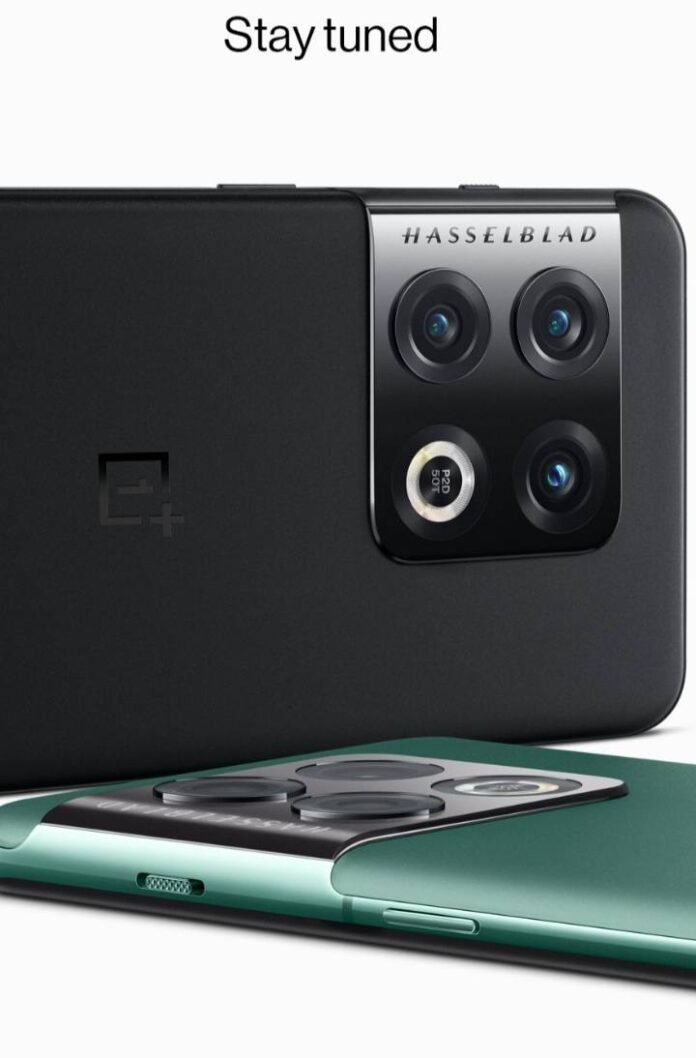 OnePlus will soon release the OnePlus 10 Pro 5G Smartphone, which will come with top-notch specs. The phone will come with a 120Hz Fluid AMOLED panel and LTPO 2.0 technology that will provide a smoother screen experience.

In addition, it will have the ability to clock down the refresh rate to 1Hz depending on the content, which will improve battery life. The OnePlus has also incorporated the Qualcomm Snapdragon 8 Gen 1 chipset, which is built using the 4nm manufacturing process. It also supports LPDDR5 RAM.

The OnePlus 10 Pro 5G will have a 5000 mAh battery, dual stereo speakers, and 5G ready connectivity. The smartphone also features a fingerprint sensor that is integrated into the display and Bluetooth v5.2.

The OnePlus aims to make it a high-end option, so it will not have a headphone jack. However, the device will offer fast charging. It will charge the device in as little as 32 minutes, which will allow you to use it for longer.

Despite a high-end price tag, the OnePlus 10 Pro is still a great option for users looking for a high-end phone.
Also Read- WWE 2K22 Expected Release Date Out 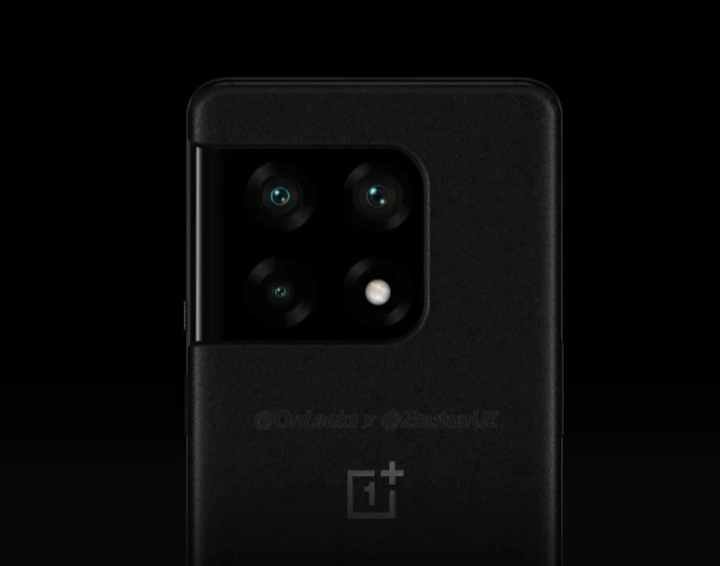 It will be available in black or dark green, and it will have a wraparound camera, similar to Samsung’s Galaxy S21 series.

OnePlus has not provided any other details on the phone yet, but the company has provided a first look at its design. It will have a new camera array around the back of the device. In this design reveal, we’ll take a closer look at the OnePlus’s plan for the device.

The Oneplus 10 Pro retains the familiar look of previous OnePlus phones. Its camera bump has been shifted to the left side of the phone, and its metal frame wraps around the edge.

The camera module looks like Samsung’s Contour Cut, but is a bit more subtle. The OnePlus 10 Pro’s design is also familiar to the S21 lineup. The front of the phone is a bit less polished than the Galaxy S20, but this is not a dealbreaker.

The OnePlus 10 Pro looks good in its all-black color. It has a glossy camera island and a matte finish on the body. However, there’s a slightly darker overtone. As we move closer to the launch date, the phone is likely to be available in all colors.

In a recent interview, OnePlus CEO Pete Lau revealed some new details about the upcoming OnePlus 10 Pro. According to the company, the display will use LTPO technology.

This type of OLED technology has a low temperature and consumes less power than other forms of OLED display. The OnePlus 10 Pro will be available in both black and forest green color options. Here is a closer look at what this device will offer.

Unlike most smartphones today, the OnePlus 10 Pro will have a 6.7-inch AMOLED display that boasts a QHD+ resolution. The OnePlus ten Pro’s screen will use LTPO 2.0 technology, which helps deliver a smoother experience.

Moreover, OnePlus 10 pro is expected to launch in January, but a specific date has not been announced yet. It should be on the market before the end of the year. 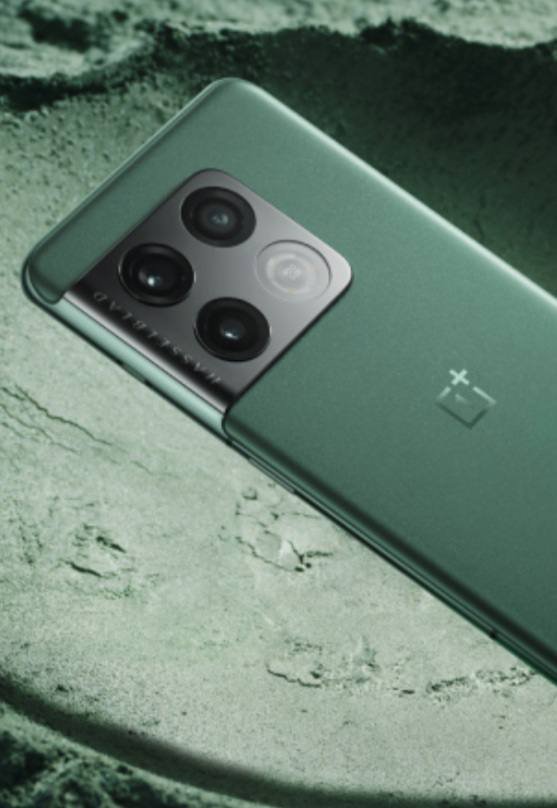 The OnePlus 10 Pro will feature a 6.7-inch Quad HD+ display with a hole-punch cutout on the top left corner and a 120Hz refresh rate. As the company continues to push the envelope with its products, it will likely use synthetic leather in its designs.

It will also have a 5,000mAh battery and support up to 80W wired charging. It will feature a dual-rear camera system, with a 48MP main sensor and a 50MP ultra-wide-angle lens. The OnePlus 10 Pro will also sport a camera with an 8MP telephoto lens with a 3.3x zoom.

Besides the processor, the Oneplus 10 PRO will have an octa-core Snapdragon 8-generation SoC. It will feature a 5,000-mAh battery that is larger than the OnePlus 9 Pro. It should also charge faster than its predecessors.

The smartphone is expected to be available in March. With a price tag of $1060 (Expected), the OnePlus ten Pro will be an excellent choice for many people. 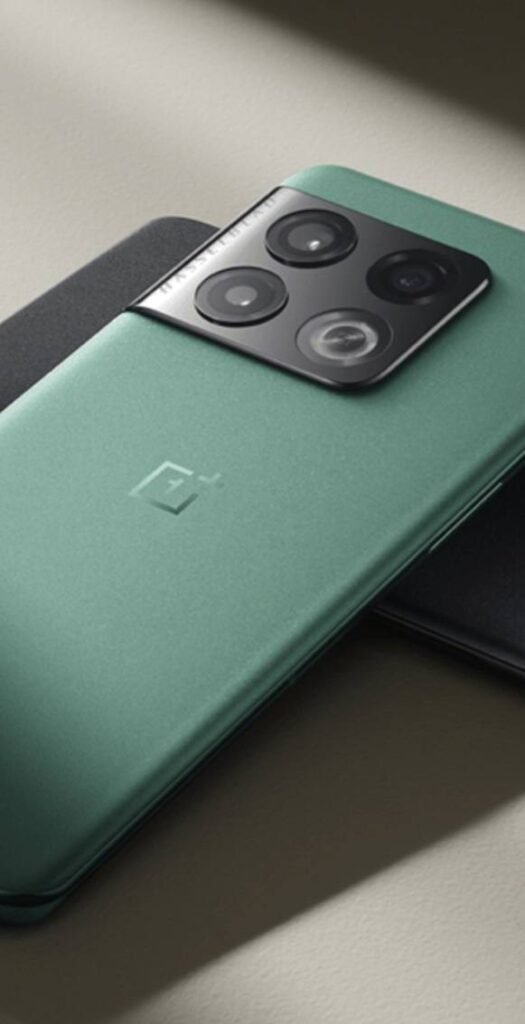 The OnePlus 10 Pro Camera is a big improvement over its predecessors. This phone’s camera will shoot in 12-bit RAW files, which are much higher than the 10-bit RAW files that OnePlus 9 Pro used.

The extra bit helps the camera capture a wider range of colors. Users can choose to shoot photos in raw format, or have a processed version, which preserves enhanced color depth. For better results, the OnePlus 10 Pro offers a new HDR mode.

The OnePlus 10 Pro Camera is equipped with a 150-degree ultra-wide lens and a second-generation Hasselblad Pro mode. The camera also has a built-in Fisheye Mode that shapes your images to look like fisheyes.

The OnePlus 10’s camera also has a Movie Mode, which is similar to Apple’s Cinematic mode, allowing users to adjust the settings while filming. The camera also has the capability to shoot videos in LOG format, which allows users to choose from various settings.

The OnePlus 10 Pro’s Camera features an 8MP f/1.7 lens, and a 15mm f/2.0 lens. It also has a 150-degree wide camera, as well as a fisheye mode. If you are looking to take a video, the OnePlus 10 Pro has a movie mode similar to Apple’s Cinematic mode.

In Movie Mode, you can adjust the settings even while you are shooting the video. OnePlus 10 Pro also offers a LOG mode, which allows users to shoot movies without worrying about what format their videos will be in.

You can also use a microSD card to expand the storage on the phone. The handset is compatible with a number of connectivity options, including 5G, USB Type-C, and Mobile Hotspot. It supports a variety of networks and can be rooted with the Android system.

The OnePlus 10 Pro is powered by a 5,000mAh battery, which is removable. It also comes with rear and wireless charging support. The phone runs on Android 12 and ColorOS 12.1.

It comes with a 48MP primary sensor and a 50MP ultra-wide angle camera. The front camera on the OnePlus 10 Pro is a 32MP sensor. It is equipped with three storage options: 128GB, 256GB.

The phone has a USB Power Delivery port and supports Reverse Wireless Charging. Its camera is equipped with an ultra-wide-angle lens. There are 2 different RAM options.
Also Read- Fortnite 19.10 Update is Live- Tilted Tower is Back

The OnePlus 10 Pro features a triple rear camera with a Sony IMX615 sensor and f/2.4 aperture. The phone comes with up to 256GB of UFS 3.1 storage. The phone supports 4G LTE and 5G connectivity, as well as Bluetooth v5.2 and GPS/ A-GPS.

It also features an in-display fingerprint sensor. The OnePlus has a number of connectivity options, and the device’s hefty price is definitely a selling point.

The OnePlus 10 Pro has a 5,000mAh battery with dual-SIM support but not a 3.5mm headphone jack. The phone also features a triple camera with 48, 50, and 8 megapixel sensors.

This combination results in an amazing range of picture and video quality. The OnePlus has a number of connectivity options to offer users and offers a number of customizable features. The camera app offers the ability to take pictures and videos with a wide variety of settings.

The OnePlus 10 Pro has a 5,000mAh battery, which is a significant upgrade over last year’s model. The previous model could last up to two days on a single charge, but the new model is even better.

The OnePlus 10 Pro’s battery life is based on the CPU being fully loaded all the time. Therefore, it can sustain about six hours of continuous usage. The OnePlus10 Pro also supports fast charging at up to 80W.

It can charge in just 32 minutes or 47 minutes depending on the mode you’re using. For the latter, you can expect to wait for more than a full hour to get your device charged.

The battery life of the OnePlus 10 Pro is based on the CPU being fully loaded all the time. Daily usage is divided into multiples, which result in a six-hour continuous use. In addition, the OnePlus10 Pro supports up to 80W of charging.

There are two charging modes: fast and standard. The fastest mode is 32 minutes, while the slower one takes 47 minutes. The OnePlus 10 Pro’s battery life is not as long as the OnePlus 9 Series, but it’s still adequate for daily usage.