The lower variant OnePlus 9e is said to be inbuilt with Snapdragon 690 SoC whereas the higher variant namely OnePlus 9Pro will come with Snapdragon 888 Soc which is a decent and most powerful processor. Just like other OnePlus smartphones, the OnePlus 9 series will also be stepped in as Mid-range smartphones.

If we talk about the battery the OnePlus 9e will have a 4500mAh battery and OnePlus 9Pro 5000mAh battery respectively. The Phone is supposed to have wireless charging support as well which will add plus point to its features. Also, we are quite sure that the phone will have fast-charging support too as OnePlus smartphones are designed specifically seeing the top trends.

The leaked photo of OnePlus 9 series shows that the phone will have a Triple-rear camera setup but we are not sure whether this image is of OnePlus 9e or OnePlus 9Pro. The Phone is said to have a Triple-Camera setup that is 48MP main camera, 64MP Ultra-wide, and with 3.3× zooming capacity the Telephoto Lens.

As far as the leaked information is concerned, the higher variant namely OnePlus 9Pro could feature AMOLED display with 120Hz refresh rate. The information also tipped that the Phone will come in 8GB RAM and 128GB ROM, also more information about this phone will be revealed during the launch.

If you are thinking to buy a mid-range smartphone then we suggest that you should wait for a month or two as OnePlus 9 series maybe a phone that you dreamed for. OnePlus smartphones are known in the world for their outstanding built-in quality and it is pretty sure that OnePlus will not compromise with the built-in quality of OnePlus9 series either. 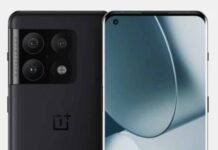 OnePlus 10 Pro exclusive Features & Specs are Out!!! See it all Here 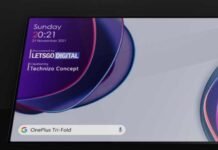 OnePlus TriFold Smartphone finally had a Patent!!! See facinating Details about it

Spotify Collaborates with Netflix to launch “Netflix Hub”- What is it?