Twitter to acquire Quill to improve its Messaging Tools- Here are Iniside Details!!! 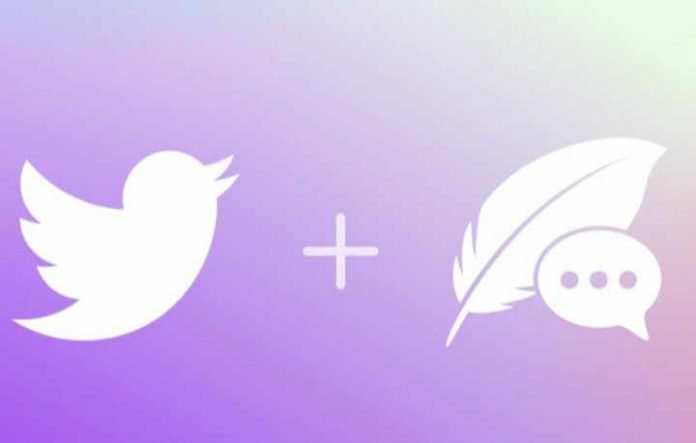 Twitter has acquired Quill, a messaging application that works on macOS, Windows, and Linus. It also works on iOS and Android. The company was founded by Ludwig Pettersson, the former creative director of Stripe.

This acquisition makes Quill the latest addition to Twitter’s ecosystem of tools for the workplace. However, the acquisition will affect its future plans for the DM.

While it is unclear when the product will be available for public use, users will still have until Dec. 11 to export their message history.

The Quill service will be shutting down, and the Quill team will join the Twitter Experience organization. The company will also revamp its reporting process for harmful tweets.

In addition, the Quill team will help improve direct messaging on Twitter. In order to ensure users’ safety, the company will be integrating the Quill team.

The decision to close the service will allow users to download all their data before the service is completely shut down.

The move comes after the company’s recent hire of Parag Agrawal as chief executive. Agrawal brings a focus on engineering to Twitter, which could explain the acquisition.

This is an important development for the company, which focuses heavily on advertising and has been looking to diversify its revenue streams. Currently, Quill has less than 10 thousand downloads on the Google Play store and has a 4.3-star rating.

The acquisition of Quill may be an indicator of the company’s new business strategy. It will make it easier for employees to communicate with each other in an efficient manner. The company will also streamline its reporting system for harmful tweets.

The acquisition could help Twitter diversify its revenue model by attracting more paid subscribers. This is a positive sign for the future of the company. There are many reasons to be excited about the future of Twitter.

As a result of the acquisition, the company will be able to expand its direct messaging capability. It will continue to work with Quill’s team to improve direct messaging.

As the company integrates the team, it will also make it easier to report harmful tweets. It is possible that Quill will be a similar service to Twitter Red and Green. Aquiring Quill could also boost the company’s rebranding strategy.

In the future, the company will keep the Quill team and merge it with its core team. The team will continue to develop its direct messaging feature. It will also revamp the way it reports tweets that are potentially harmful to the company.

It will also be an important competitor to Slack and other similar platforms. The Quill team is likely to stay on Twitter, and the merged company will help it grow. If it’s a good fit, it will be a better tool than Slack and will give it a boost in its overall business.

Unlike its competitors, Quill will continue to operate. As a result of the acquisition, Quill users will have until December 11 to export their team’s messaging history to their own computers. Once that date passes, the servers will be shut down.

This will end the service for users. The acquisition of Quill will bring Twitter’s core technology, including direct messaging. While Slack is a great product, it will be hard for Twitter to compete.

Twitter to acquire Quill to improve its Messaging Tools- Wrap Up

As part of the acquisition, Quill will shut down its services. As a result, users will have to export their messages before the date on December 11.

Although it will continue to exist as a standalone product, the direct messages offered by Quill are not yet available for free on the company’s site. As a result, users will have to wait until December 11 to download their team messaging history.

The company will also refund users who have already purchased their subscription. Announcing the acquisition of Quill is a major step for the social media site. If the company decides to keep the service running, it will be a better fit for both parties.