Nothing Launcher – How to Download and Install It on Your Smartphone!!! 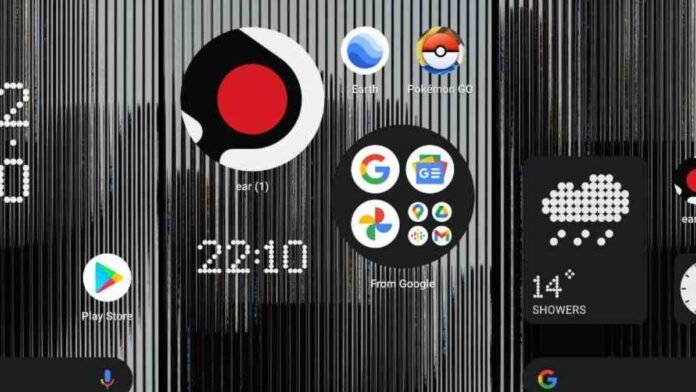 Nothing Launcher is a free Android app, or APK. You can download it from the same website where you download other apps. This application will work with any brand of Android smartphone. The next version of the app will be available on Android devices in April 2022. Read on to learn how to download and install it on your smartphone.

Nothing Launcher is a third-party launcher

Currently available as a beta on the Google Play store, Nothing Launcher is a third-party Android launcher that adds custom widgets and a cleaner experience to Android phones. While it is compatible with a range of smartphones, it works best with smartphones with Android 11 or later. So, if you’re looking for a new launcher, this is the one to try.

You can install Nothing Launcher on your Android phone by going to the Home Settings. The launcher won’t open right away, but you can find it under Default Apps and Home screen. Once installed, you can customize your home screen with a variety of themes. Unfortunately, it’s not a very polished product, and it’s far from perfect.

Nothing Launcher is a good choice for people looking for a simple launcher that doesn’t introduce radically different applications and controls. While it doesn’t offer as many customizations as the likes of Nova Launcher and Super Launcher, it does follow Android 12’s Material You design closely.

Nothing Launcher’s latest update adds a few minor tweaks to the launcher. Users can now change their wallpaper by long pressing on their home screen. You can also apply ringtones by using the new set-up page. However, it doesn’t include a “swap” feature.

Another great feature of Nothing Launcher is its ability to make your app icon bigger. It takes up almost a quarter of the screen and is especially helpful for people with poor eyesight. This feature is also useful for increasing the size of the app folder icon. In this way, you can launch an app without opening the folder.

The Nothing Launcher is a great way to get started with NothingOS. The interface is clean and streamlined. It’s also completely free of suggested apps. While the system does not come with much in the way of customization, the minimal appearance makes it a nice choice for people who want a minimal Android experience.

Another feature of Nothing Launcher that’s become popular recently is the ability to increase the size of folders and app icons. You can also use it to add custom icon packs. The app itself is not necessary for a good Android experience, but it can definitely add a lot of value to your phone. A launcher can breathe new life into a smartphone with tired software and irritating stock features.

It is a customization layer for the Android

Nothing Launcher is a customization layer for the Android operating system that offers a minimalist look and feels similar to stock Android. It has two layers, one for apps and one for notification shortcuts. You can switch between them by swiping up the notification bar. You can also change the wallpaper. You can customize the icons, too, by downloading a custom icon pack.

Nothing Launcher is available for many Android devices, including OnePlus phones. Originally, it only supported a few Samsung Galaxy and Google Pixel phones. It has since been updated to be compatible with nearly all Android devices running Android 11 and above. This means that if you own a device that’s less than two years old, it will likely work with Nothing Launcher.

While it might not be the most elegant or intuitive customization layer, Nothing Launcher does offer some useful features. You can choose your own wallpaper or change the background color. The app also comes with 3 widgets, one for your home screen and two for notifications. The latter feature can be customized by selecting the type of font you want.

Nothing Launcher is currently available as a free beta on Google Play. While the software is still in beta, it does have a few features that make it a good customization layer. Among these is the inclusion of Nothing’s signature typeface. You’ll also find widgets that follow the brand’s design language. You’ll also get a free Nothing wallpaper.

This customization layer for Android provides many customizable features. It can change the look and feel of your phone. It can customize your apps’ icons and make the home screen more streamlined and cleaner. It also makes it easier to access the functions you use most often. Not only does this help you save battery power, but it can also help you find the features you need quickly. Furthermore, it offers a customizable reception service.

It is compatible with BlackBerry KeyOne

Despite its rugged nature, the BlackBerry KeyOne runs on a conventional Android 7.1.1 OS with Google services installed. It also has a traditional notification and shortcuts section and a standard desktop. Several customization options are available, including the ability to wake up with a knock, show notifications and customize shortcuts for every key.

The BlackBerry KeyOne is a great phone for BlackBerry fans. It blends Android with BlackBerry devices from the past, and offers a modern design with dual-SIM capabilities. It also comes with a long-lasting 3505mAh battery and has excellent camera capabilities. While there are occasional performance issues, this phone has a lot to offer.

As an added bonus, BlackBerry KeyOne supports fast charging and Boost Mode, which puts the phone in airplane mode to speed up charging time. It also has a one-year limited warranty against manufacturing defects. However, accidental drops are not covered. It is priced at $550 unlocked in the U.S.

If you want to get more productivity from your BlackBerry phone, you should install the Productivity Edge app. This app allows you to have a tab on the side of your screen that gives you quick access to your calendar, contacts, and unread messages. It also gives you the ability to customize the position of the tabs for maximum convenience.

While the stock interface of BlackBerry phones is familiar and clean, the interface can be customized to match your preferences. The app launcher is highly customizable, and allows you to assign shortcuts for any key to perform a specific function or open an app. You can also map shortcuts to the keyboard letter buttons. In addition to shortcuts, the app launcher app lets you set alarms.

It will be available for Android users in April 2022

If you are looking for a clean and simple Android launcher, Nothing Launcher is just what you need. It’s simple to use and can help you get things done quickly. It isn’t particularly innovative, but it is easy to customize your icon packs and change the layout of your app grid. It will also come with a Dropbox link to help you back up your files.

Nothing Launcher is currently available for Android devices such as the Pixel 5 and Pixel 6 series, as well as select Samsung Galaxy S21 and S22 models. It will be available for older Android versions in April 2022, as well as select devices from the Google Play Store. You can download the app from the Nothing Launcher website or from Google Play Store by visiting the app’s listing.

The launcher is currently available for beta testing on select phones, such as the LG V30, Galaxy S9, and HTC One. The launcher was initially only available on a select few flagship devices from Samsung and Google, but it has been extended to most of them.

Nothing is gearing up to launch its first smartphone this year. The phone, which may also be dubbed the Nothing Phone, will be powered by Qualcomm’s Snapdragon processor. The company has not revealed the exact positioning of the hardware, but it is likely to use the Snapdragon 8 Gen 1 chip found in many flagship Android phones.