Uber Testing Push Notification Ads For Brands- Will It Work??? 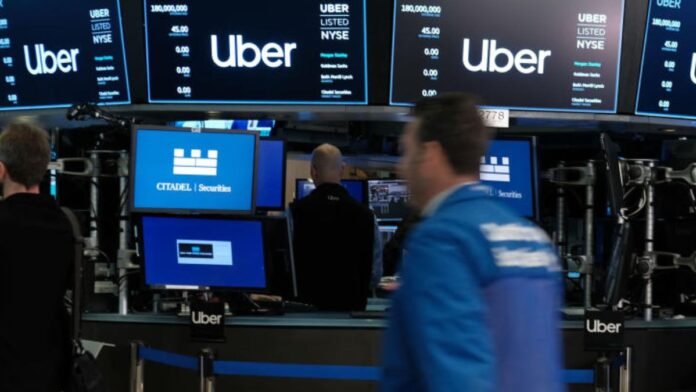 It’s unclear how many people are participating in the test and how long the test will last. Uber declined to comment on those questions or explain the reason for the test. TechCrunch has asked about the number of users included in the test and how the company is tracking the data. It is also unclear whether it will fully implement push notification ads in the future.

The new ad division will allow brands to reach consumers throughout their trip by delivering relevant brand content and offers. Over 40 brands are partnering with Uber to create and run Journey Ads. These ads have a 100 percent share of voice throughout the trip and achieve six times brand performance lift. Uber will also provide detailed reporting to help brands better understand the success of their campaigns.

As part of the new ad campaign, users will be greeted with a series of ads when they open the Uber app. These advertisements will also appear while riders are waiting for a driver and upon arrival at their destination. The ads are tailored to each rider, based on their personal ride history and where they are heading. In addition, the new ad unit will use in-car tablets to deliver ads to passengers.

It will personalize ads based on users’ travel history

In a new move, Uber will begin personalizing ads based on users’ travel history. The advertisements will appear on different screens in the app, such as while the user is waiting for a ride or while traveling. Users can choose to view the ads or opt out. The ads are targeted to specific geographical locations.

For example, the ‘journey ads’ will show different ads based on the user’s travel history. Depending on the type of trip, these ads can appear while a user is waiting for a car, while they’re driving, and even when they’ve reached their destination. The ads are customized based on the user’s travel history, but Uber has not disclosed the exact data that it uses to choose which ads to display to users.

It will show ads from other companies

Currently, Uber’s advertising department is evaluating the impact of push notification ads on its business. These advertisements will appear in the Uber app, and users can manage notifications within their privacy settings. However, users should be aware that this is a test, and they should not expect push notifications to continue.

Users will see advertisements for other companies when they enter the Uber app, but the ads are not related to the services. In the past, Uber has offered in-app ads for advertisers, but this new feature is different. Users will be shown ads from different companies, depending on what they’re searching for.

The company did not respond to a request from TechCrunch for comment on the test’s scope, the number of people included in the test, or how long the test will continue. While a spokesperson for Uber may have couched the discussion in terms of a supply-and-demand problem, it’s clear that the company is only interested in making money and will try anything they can to do so. However, the company did institute surge pricing during Hurricane Sandy and has received heavy criticism for the practice.

It won’t specify how long the test will last

The company has offered in-app ads in the past, but it has not stated how long it will be testing notifications for ads. Users can opt to see a single brand’s ads throughout a trip, which is known as “journey ads.” These ads let brands show different ads to users at different points in their trip, based on their travel history and geographic locations. While it is unclear whether the same data will be used for push notification ads, TechCrunch reports that the ads will appear across the entire journey.

However, the company did not respond to follow-up questions from TechCrunch, including how long the ads would be tested, who would be notified, and how long they will last. In the meantime, users can turn off notifications by going to their phones’ settings.