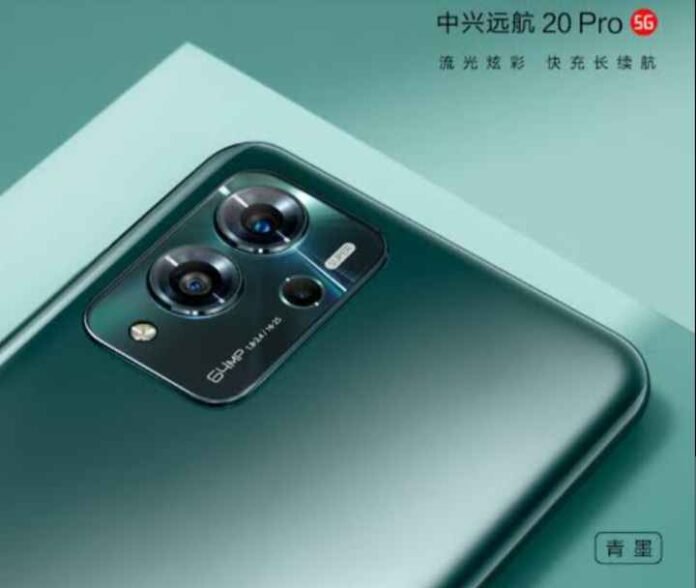 The ZTE Voyage 20 Pro features a 6.67-inch AMOLED display. It offers a stepless dimming feature and supports US UL’s eye-safety certification. The screen supports a DCI-P3 color gamut, a high refresh rate of 90Hz, and a 10-bit color depth.

The smartphone also has a black and white reading mode. It has a large 5,100 mAh battery which lasts long. Also, the touch-sampling rate of ZTE Voyage 20 Pro has touched a 360Hz touch sampling rate which means that we will have a smooth and flawless screen surfing experience.

The ZTE Voyage 20 Pro smartphone is powered by a MediaTek Dimensity 720 processor. This chipset has two large 2.0GHz A76 cores and six smaller 2.0GHz A73 cores. It supports dual-mode 5G and along with the 5G support. 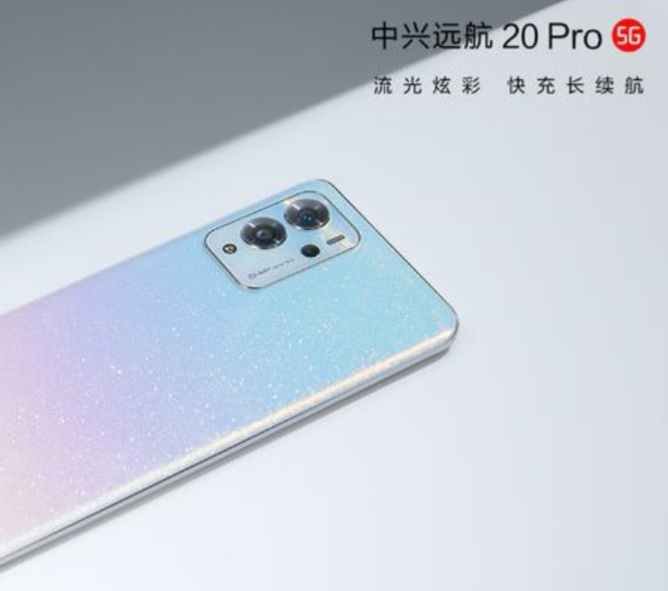 The ZTE Voyage 20 Pro 5G is one of the most anticipated smartphones of the year. The display has got over 1.07 billion colors which as a result gives an impeccable display visually.

The phone comes in three color shades namely Dark Green, Toned Blue, & Pinkish Gradient. The phone weighs and dimensions are ideal making it feel more comfortable while carrying it in hands. It has a fingerprint sensor located on the side.

The ZTE Voyage 20 Pro is equipped with a 64-megapixel camera with a wide angle. It also has an integrated fingerprint scanner, which makes it even easier to unlock your device.

You can download videos and photos faster and easier with the ZTE Voyage 20 Pro’s Super Antenna 3.0. The phone’s wide-angle and macro sensor camera enables us to capture realistic images and videos with more color contrast.

The ZTE Voyage 20 Pro 5G smartphone is expected to launch today and has been officially announced a while ago. It features a 5100mAh battery, 64MP rear camera, and supports fast charging. It also comes with a fingerprint sensor, making it easy to detect and unlock.

The ZTE Voyage 20 Pro is available for sale in China. It cannot be launched in India because of the imposed ban. Well, we can’t say about the future but most probably the ZTE will enter the Indian market for sure.

While the official price has not yet been announced, it will be available for purchase on the market in December though it has already been launched. This phone will be priced at $385. You can get it from local stores or online at various online stores.

The ZTE Voyage 20 Pro will be launched in China on November 25. It features a 64-megapixel rear camera and Android 11. It will also have a 5,100mAh battery and 66W fast charging capability. A gyroscope and accelerometer will be available on the device.

The ZTE Voyage 20 Pro comes with a dual nano-SIM card slot and 8GB/128GB/256GB variants. Its screen is supported by HDR10 video playback and has a DCI P3 color gamut.

The phone also features a fingerprint sensor on the side. It is available in three different colors: green, pink and blue. Compared to other smartphones in the same category, the ZTE Voyage 20 Pro comes with an improved camera. It has a 64-megapixel rear camera.

The ZTE Axon 30 Ultra Aerospace Edition comes with a 5100mAh battery and 8.3mm thickness. It will be available for purchase in China for 2,198 Yuan, or 385 US dollars.

It comes with dual-tone blue and pinkish gradient color options and a single storage variant. It has 18GB RAM. It has a fingerprint sensor on its back. It is designed to be durable and to fit into the palm of your hand.