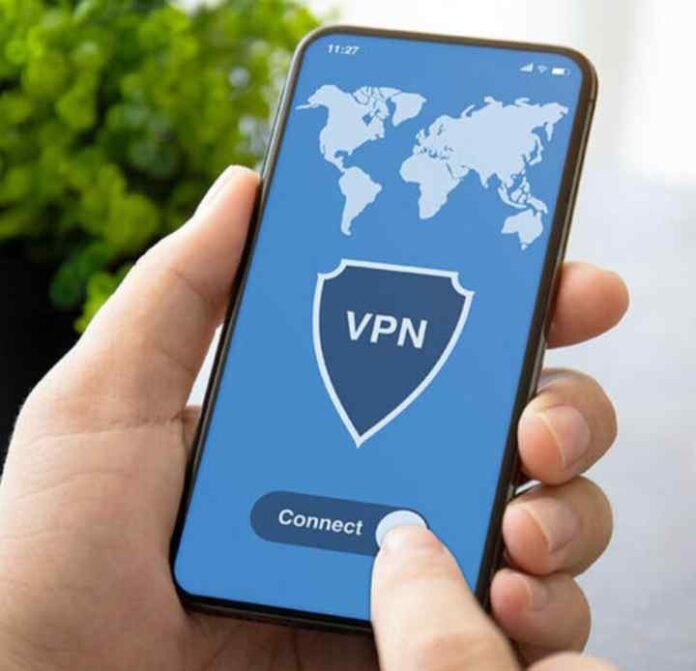 Ever since Pubg Global was banned in India, several VPN players have entered the Indian market providing the free Private Network to access the game. The most popular Private Network is VPN (Virtual Private Network) which provides access to all the apps and websites banned on the Public Network.

The VPN apps are available on Google Play Store, Apple App Store on smartphones. The VPNs can also be accessed on PC & laptops via Microsoft Store. In this blog post, we are going to discuss in-depth of Best VPN for Pubg Lite. We are also going to suggest some of the top and free VPNs available.

VPN (Virtual Private Network) is considered one of the safest and most effective ways to access any apps or websites that are not accessible in your country. The most common example here in India is Pubg Mobile Lite which is not yet banned in other countries such as Singapore, US, UK, and other countries.

The VPN apps re-route our mobile servers to other countries by enabling the Private Network feature that comes pre-installed in almost every smartphone. The VPN is considered safe because other people including hackers will not be able to trace you.

The only problem with the Virtual Private Network is that the data speed of our smartphones will reduce drastically. This is so because of the very large distance between the server and user and as a result, our gaming performance becomes worst.

That’s why the best VPN for Pubg Lite is the app having very low pings. The word Pings here stands for the delay in the data transmission between server and user. But you need not worry about it as we are going to suggest the best VPN apps for Android, iOS, and PC.

We have tested many VPNs on Android smartphones and found out that Thunder VPN is the best free VPN available. In fact, I myself use Thunder VPN if needed.

– Unlimited Data Access: While several other free VPNs have set up the monthly limits on data usage but Thunder VPN has got no limit. In other words, you can use their VPN service free of cost for a lifetime.

– Low Pings: The best VPN for Pubg Lite is which offers low pings while playing games. In other words, you can play Pubg Lite smoothly with low latency.

– Secure & Reliable: It’s been several years while using this VPN but I have never experienced any security breach on my smartphone. Also, VPN uses to comply with the latest security standards for protecting user’s data.

We also wanted you to know that the Thunder VPN app is only available on Google Play Store. The app service is so reliable that it has got the User’s rating of 4.7 out of 5.

How to Install and Use Thunder VPN app on Android

Installing and using the Thunder VPN app is quite simple and easy. You have to just follow the steps mentioned below. 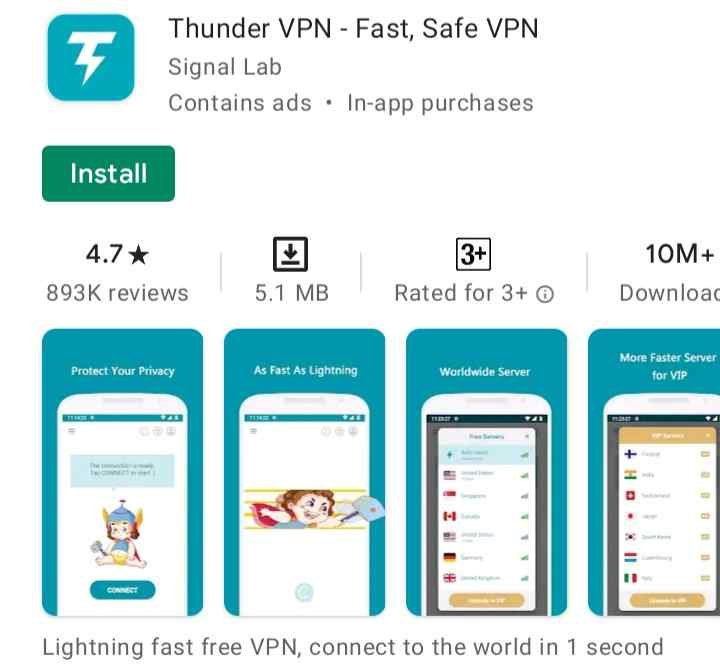 1) Go to the Google Play Store and search for the Thunder VPN by Signal Labs. 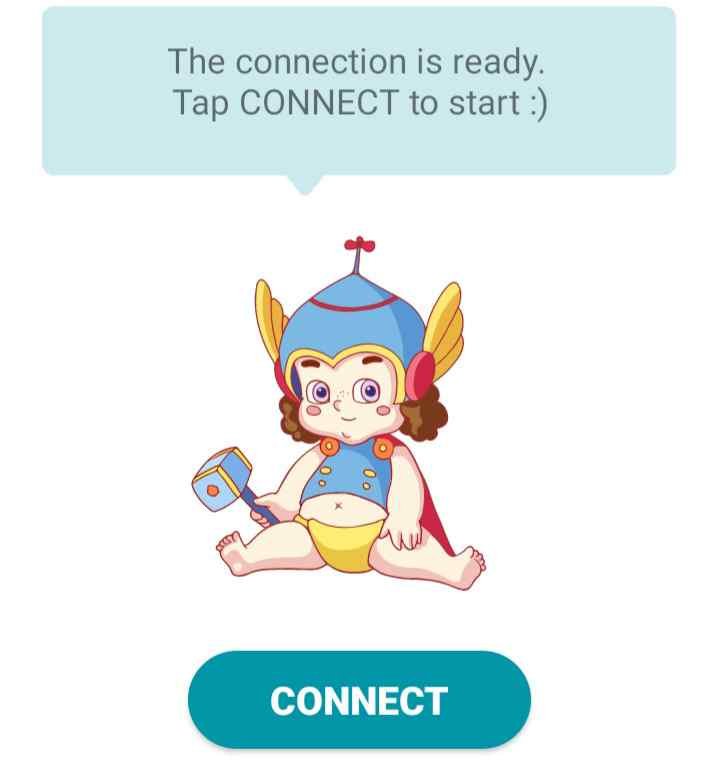 3) Now, open the app and accept all T&C related to the app.

4) The app will now ask permission for the connection request. Accept it and then you are ready to use the app. 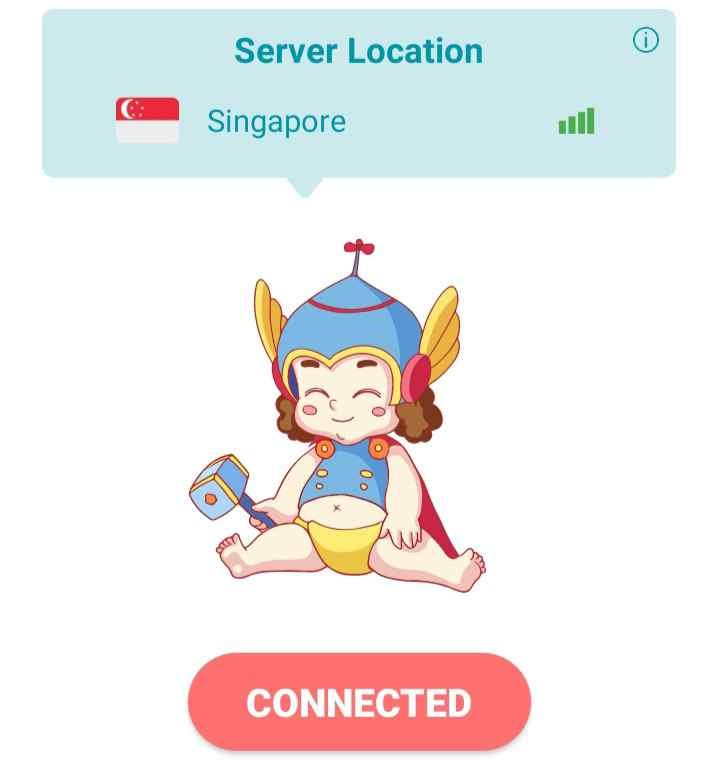 5) Make sure that you choose the nearest location to have a lower pings rate while playing games.

Other Best VPN Apps for PubG Lite in Android

Apple App Store has also got so many VPNs out there but the thing is which VPN should you choose. We will suggest you the Free & best VPN for PubG Lite so that you can play the game smoothly with low Pings.

The app that I will suggest for iOS users is X-VPN app. The reason behind suggesting this app for VPN is that you have so many server location options around the globe for free. This VPN app has got a 4.7-star rating out of 5 with over 1.2 million reviews.

The app is also fully secure and reliable following all the European Union and US guidelines over user data protection.

Before installing the VPN make sure that it has got the paid version too but in order to opt for the free version follow the steps mentioned below. 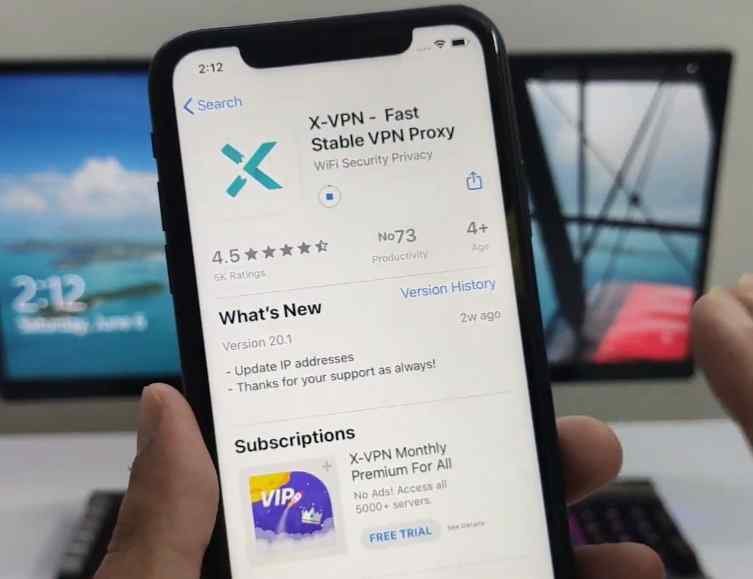 1) Open up the Apple App Store and search for X-VPN by Wi-Fi Security Privacy.

2) Install the app, open it and accept all the necessary Terms & Conditions but be careful don’t opt for a Free Trial. 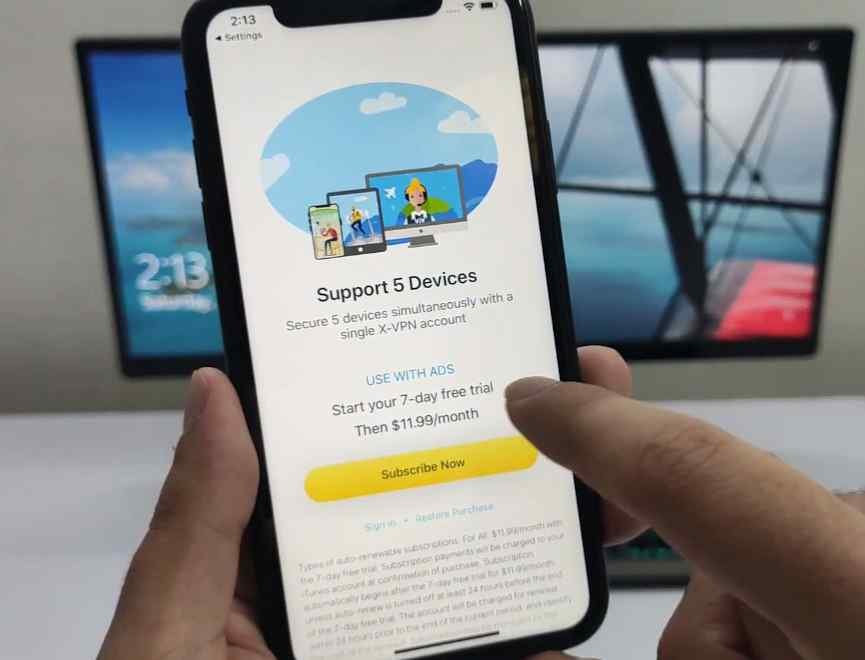 3) You just need to scroll right and at the end, you will get an option of Use with Ads. Just click on it.

4) Now the app will open up and click on a power-like icon to connect VPN. 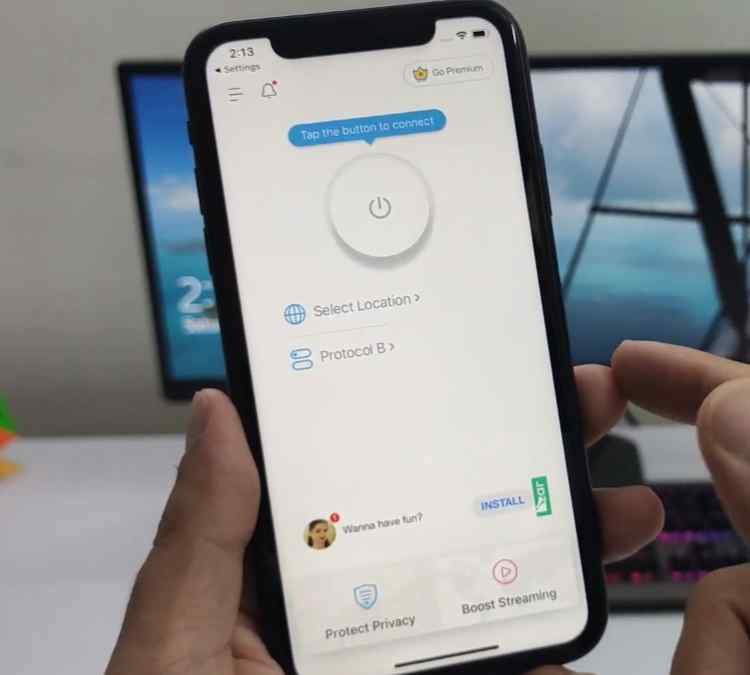 5) You will also get an option of Select Location in which you can choose a server nearby to your country.

Other Best VPN apps for Pubg Lite on iOS

Since there are limited VPN apps available on the Microsoft Store, we have to download our recommended VPN via Search. The VPN that I recommend using on a PC or laptop is Proton VPN.

Proton VPN also offers a paid membership plan but I recommend using a free version of the app as it is stable enough to handle the daily data load. Also, you will get many server location options making it no point to choose a premium plan. But if you are having real concerns about your privacy then you can opt for Premium Plan.

This VPN is amongst few that offer free and secure Private Network connectivity that offers 256-bit encryption to protect users’ data from hackers. The app can easily be downloaded from their official website and we will teach you the step-by-step method on how to use it. 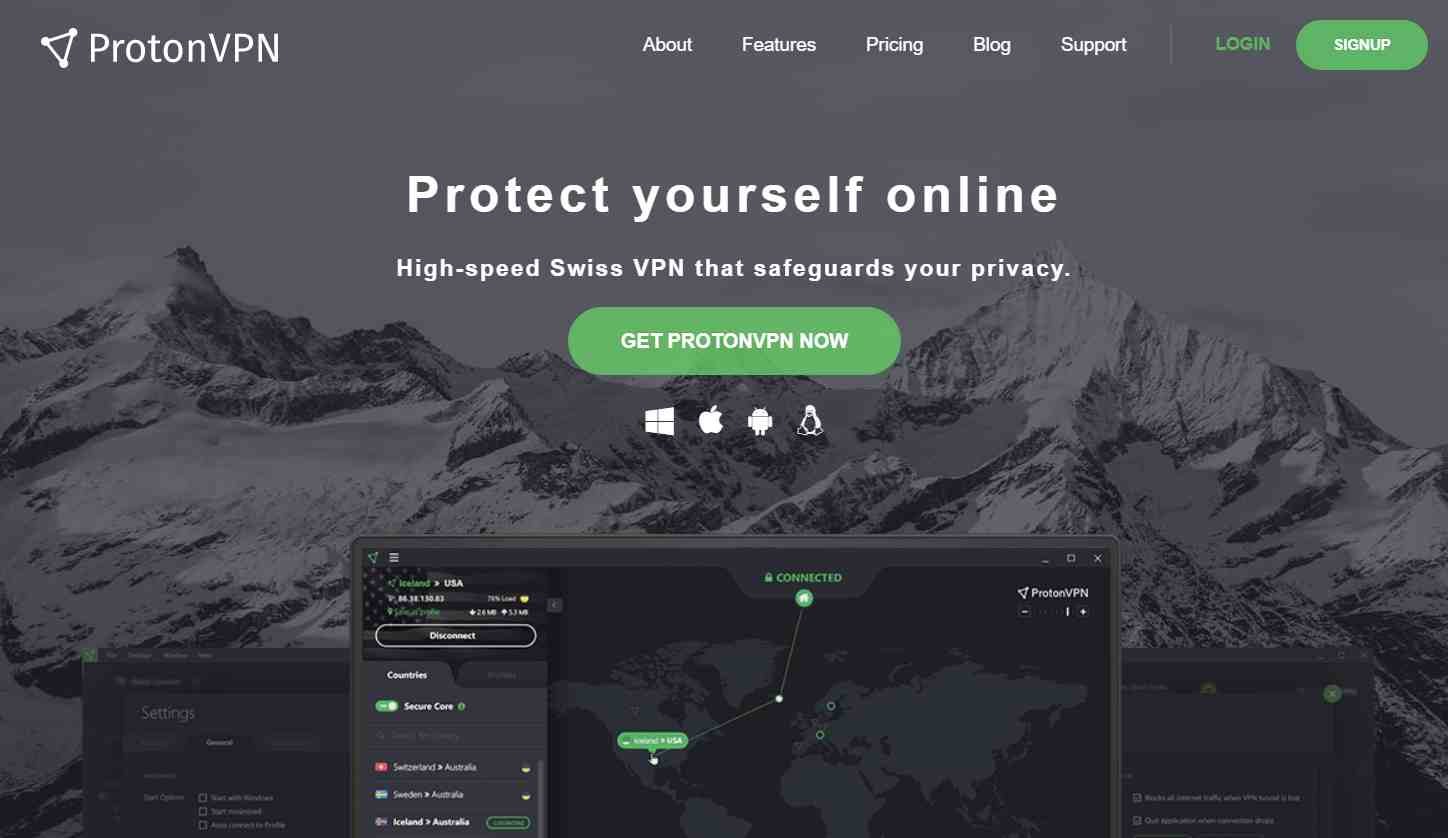 1) Go to your respective search engine on PC and simply type Proton VPN. 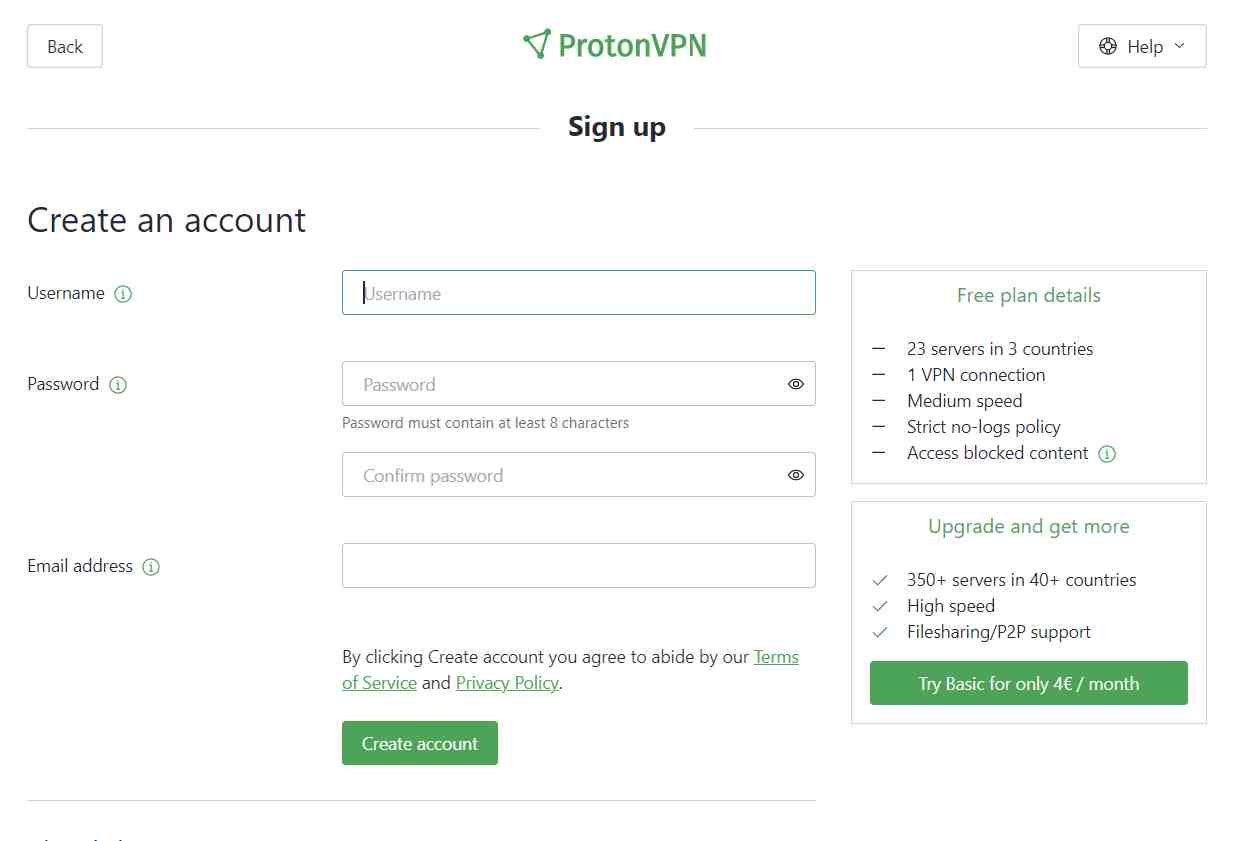 3) Fill in all the details carefully and at last, an email will be sent verifying that it’s you.

3) After creating an account, you will be asked to choose the plans available. In my consideration, Go for the Free version.

4) After that, a new page will open displaying all the platforms on which the app is available. You have got a PC then opt for Windows or macOS. 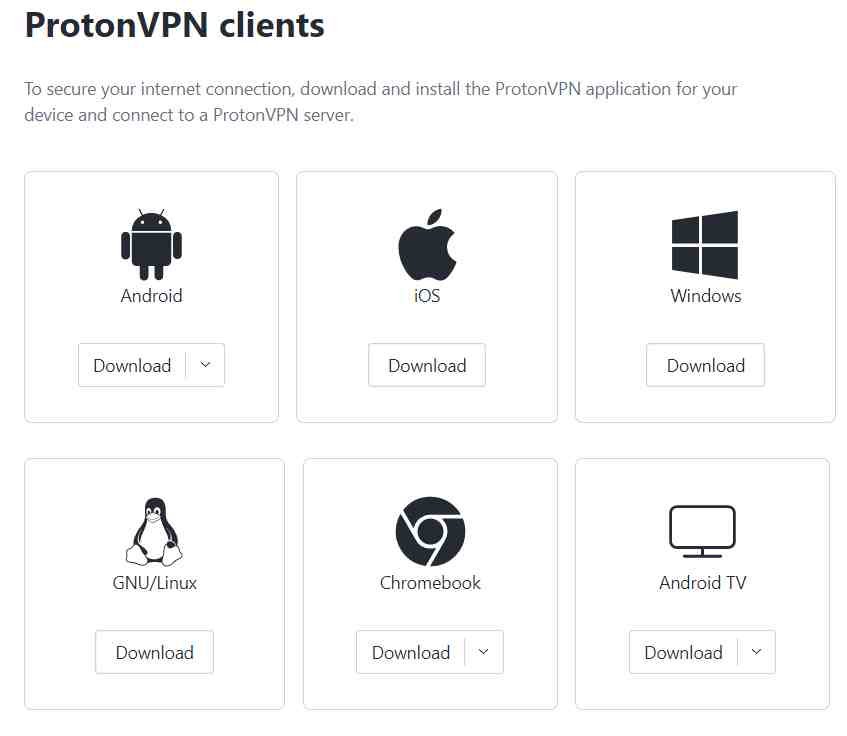 5) After clicking on it, the Proton VPN app will be downloaded to your respective computer.

6) Fill in the Username and Password that you have entered while creating the app.

After that, the app will open up and you can now connect to all the VPN servers included in the free plan.

Other Best VPN for Pubg Lite on PC

Also Read: How to Create Shortcuts in Snapchat

1) Which free VPN is best for PUBG Lite?

The above suggestions are based on our VPN app review which may vary from person to person based on their needs.

2) Which country VPN is best for PubG Lite?

– The country choices for VPN depend from country to country. For example, if you are living in one of the Asian countries then you should try connecting your VPN to the Singapore server. It will give you excellent performance besides a low ping rate.

– Yes, by using VPN ping increases. In the above blog post, we have reviewed some of the best VPNs out there that will provide you low ping rates absolutely free of cost.

4) Which is better NordVPN or Express VPN?

– If we compare both VPNs on the basis of data speeds and low ping rates during playing Pubg Lite then NordVPN will be the winner.

– VPN is completely legal in most countries around the world. It is just a private network that you have chosen to protect your privacy from hackers around the world. But, if you are doing any unwanted activities that are banned by your government then using VPN then it will be completely illegal.

6) Can you hacked through a VPN?

– Well, that’s why you should choose VPNs that comply with the latest standards of security protection.

To see if any app is safe or not you should see the following 2 things. Firstly, it should comply with PCS-DSS security and secondly, it should have 128-bit encryption to protect user’s data.

In this blog post, we have briefly discussed the best VPN for PubG Lite. The VPNs we have suggested in this blog are 100% working and authentic as well. We have tested the apps before giving our reviews about the VPNs.

Generally, the VPNs we have covered are free but if you want to purchase the paid version of that then go for it. The paid VPN apps provide more security and stability to the data speed. It also reduces pings upto an extent providing great gaming performance, especially in Pubg Lite.

Also Read: How to get Free UC in Pubg Mobile